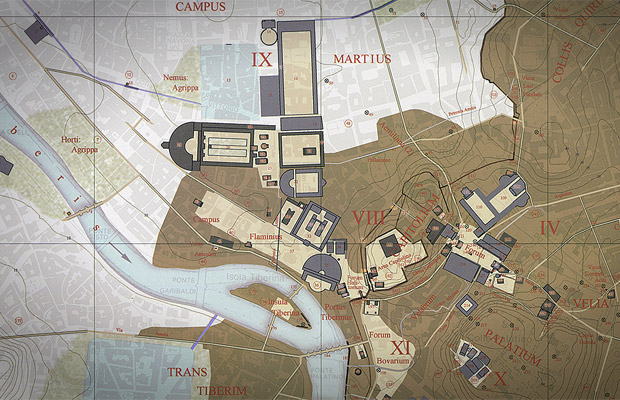 Mapping Augustan Rome was an attempt to visualize as well as to document the city of Rome as it existed in A.D. 14. The project sought to bring together the archaeological, historical and literary evidence for the Augustan city, and resulted in a volume as well as maps.

The digital version brings together many sources of data on Augustan Rome not included in the book or in the paper maps. The gathering of new information and its conversion to a digital format will give a new kind of resource for the study of the Augustan city. The resulting digital successor will not only serve future scholars and students but will have the capability of being revised and updated.